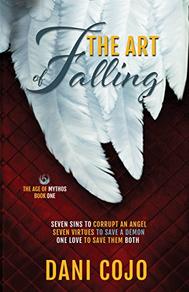 Trans*parency: Revealing the Life of a Trans*Man is a collection of photographs and stories documenting the real life a trans* man in Metro Detroit. From simple day to day tasks such as buying clothes or using a public rest room, to facing fears and challenges around mental and physical health, the goal of this project is to emphasize one person's experience for educational purposes.

Trans*parency: Revealing the Life of a Trans*Man won first place in the 2015 Communications and Journalism Student Showcase Awards at Oakland University.

AVAILABLE IN HARDCOVER AND SOFTCOVER 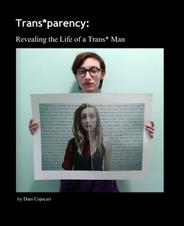 ​When the gods created the universe, denizens called angels and demons were given the task of guiding the souls of the departed to their afterlife. Angels brought the righteous home to Heaven, while demons guided the less fortunate into the Underworld. This divide between good and evil should have kept the denizens separated; but sometimes fate has other plans.

Regal is unlike all of the other incubi in Hell. Not only does he have feathered wings and a nagging conscience, but he was also given the title of Prince of Lust at birth. Guess that’s the perk of being the King’s son. Despite having his future set in stone, he wants to prove that he is worth of being the heir to the Kingdom of Hell, even if that means taking big risks.

Keir is the son of a highly respected Dominion and Guardian Angel in Heaven, and is one of Gloria's Archangels in Training. Specializing in the virtue of Kindness under the guidance of his mentor, Archangel Michaelangelo, he still has a lot to learn about Earth and its inhabitants before he can move up in the ranks of the Angelic Hierarchy.

These two powerful forces collide when a battle over a human's life goes awry.

Keir finds himself head over heels in love with the demon, and Regal is given the rare opportunity to seize the angel as a personal servant. Regal’s ambition leads him to jump at the chance to become the first demon in history to covet an angel; but Keir is much smarter than he anticipates, and the two end up tethering their souls together in an unbreakable vow.

Keir is more than happy to have the bond between them, but Regal wants out of the deal. The only way to do that is to make the angel fall from grace and become a demon. But can Regal succeed in his plans before Keir makes him ascend into Heaven and become one of Gloria’s children?

Filled with emotion and suspense, The Art of Falling is a modern day romance with a fantasy twist that brings you up close and personal with the hearts of angels and demons, showing that even celestial creatures from ethereal realms have some humanity in them.​

AVAILABLE IN PAPERBACK AND E-BOOK